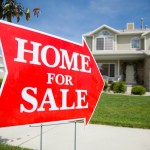 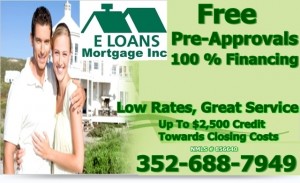 For quite a while, Hernando County residential real estate holders – that is, homeowners – haven’t had to work very hard to come up with a description for the U.S. real estate market. ‘Lousy’ certainly came to mind. ‘Bleak’ was a strong contender. ‘Cautiously optimistic,’ at best a distant third.

Find A Home In Hernando County

So this months Wall Street Journal report came as a quiet reminder that, for serious-minded investors who view our situation from a less-involved perspective, our residential real estate outlook is neither lousy nor bleak. In fact, the combination of lower residential prices and the international currency environment has created a ‘property-buying binge’ by Asians, Canadians, Europeans and Latin Americans – more than 60% of whom pay in cash.
“There’s this international view that America is on sale,” according to one property manager. He should know; he’s an executive whose Chicago-based company buys foreclosed homes and manages them for investors. A year ago, all of his investors were domestic. Now, one in five is foreign.
Whereas before, most foreign residential real estate investors were interested in ‘trophy’ properties to enhance their personal prestige, the new onslaught is coming from buyers who see that they can earn high returns by buying here, renting, then reselling in the future when the market rebounds. It seems that in many countries, a residential real estate downturn is expected, but has yet to occur. In their estimation, ours is already history.
It looks like “a gift,” according to one developer, who judges that an oceanfront condominium in Rio de Janeiro sells a level 50% higher than an equivalent property in Miami. International or domestic, investment money is always drawn to bargains — but when bargain basement prices are combined with the perceived safety represented by U.S. residential real estate, the lure is apparently irresistible.

Thanks, Nick, for giving us some outside perspective; I guess we can adopt the ‘cautiously optimistic’ view with a lot more confidence. If you have been waiting on the sidelines to make your own Hernando County residential real estate investment, I hope you will give us a call when you decide that now is the time to invest in property in Hernando County and the Spring Hill area. We are standing by to help you find the property you’re looking for!
Agent Trust Realty
6113 Exchange Way
Hernando County FL, 34202
941-907-9444

I have some exciting News To Annouce:

We Are Happy To Announce The Launch Of E Loans Mortgage Inc!

It’s not news that the Real Estate and Mortgage Industry both have seen their fair share of challenges over the past few years, but sometimes out of those challenges come exciting innovations and new ideas. With that said, it my honor and privlage to announce the launch of E Loans Mortgage Inc.

Here at E Loans Mortgage our Mission is simple : To Provide The Highest Level Of Professional Mortgage Banking Services To Our Clients, Using The Latest Technologies To Help Our Borrowers Achieve Their Goals Through The Most Transparent, Easy To Understand Lending Practices Possible.

﻿
Through my many years of industry contacts I have built a strong network of Partner Wholesale Lenders and Service Providers who offer some of the best Mortgage Products available anywhere. By Leveraging These Contacts, we have been able to secure negotiated Mortgage Terms that will provide our Borrowers with some of the Best Rates and Closing Costs available anywhere.
We offer the following Mortgage Products:

FHA USDA VA CONVENTIONAL
The Team Here at E Loans Mortgage Inc is excited about the new opportunity to serve our borrowers, and it’s my personal belief that you wont find a better more educated team of Mortgage Professionals anywhere. Regardless if you are a First Time Home Buyer or a Seasoned Investor, rest assured we have a Mortgage Product to fit your individual needs. Being an independant Lender, E Loans Mortgage does not have to fit you into a specific box, this allows us the opportunity to custom tailor a Mortgage Plan designed to meet your specific financial goals and needs.
Humbly,
Steve Fingerman

SAN FRANCISCO – California’s attorney general filed lawsuits against mortgage giants Fannie Mae and Freddie Mac on Tuesday, demanding that the companies that own some 60 percent of the state’s mortgages respond to questions in a state investigation.

Attorney General Kamala Harris, whose office filed the lawsuits in San Francisco Superior Court, is investigating Freddie Mac’s and Fannie Mae’s involvement in 12,000 foreclosed properties in California where they served as landlords. She also wants to find out what role the companies played in selling or marketing mortgage-backed securities.

The essentially identical lawsuits ask the mortgage firms to respond to 51 investigative subpoenas that call on Fannie Mae and Freddie Mac to identify all the California homes on which they foreclosed. They also want the mortgage firms to reveal whether they have information on the decreased value of those homes due to drug dealing or prostitution, as well as explosives and weapons found on those vacant properties.

“Foreclosures not only affect the families who lose their homes, but also the safety, health and welfare of the entire community,” the lawsuit said.

Harris also called on Fannie Mae and Freddie Mac to disclose whether they have complied with civil rights laws protecting minorities and members of the Armed Forces against unlawful convictions and foreclosures.

The suits also seek to determine whether the companies are in compliance with California’s securities and tax laws.

The companies were taken over by the federal government and put into conservatorship under the Federal Housing Finance Agency in September 2008 to save them from collapse.

An attorney representing the Federal Housing Finance Agency said in a letter attached to the lawsuits that the 51 subpoenas were “frequently vague and ambiguous,” and said state attorneys general did not have the authority to issue subpoenas against the federal conservator.

“The burden to collect that information would be nothing short of staggering,” the letter said.

Representatives of Fannie Mae and Freddie Mac said the companies would not comment on the lawsuits Tuesday.

The lawsuits could determine whether states have a right to investigate the mortgage firms while they are under federal control. Harris argues that since the mortgage companies own properties in California, they are subject to state law and demands.

Fannie Mae and Freddie Mac buy home loans from banks and other lenders, package them into bonds with a guarantee against default and then sell them to investors around the world. The two own or guarantee about half of U.S. mortgages, or nearly 31 million loans.

The companies have so far cost American taxpayers more than $150 billion — the largest bailout of the financial crisis. They could cost up to $259 billion, according to the FHFA.

Two former CEOs at Fannie Mae and Freddie Mac last week became the highest-profile individuals to be charged in connection with the 2008 financial crisis. In a lawsuit filed in New York, the Securities and Exchange Commission brought civil fraud charges against six former executives at the two firms, including former Fannie CEO Daniel Mudd and former Freddie CEO Richard Syron.

The executives were accused of understating the level of high-risk subprime mortgages that the companies held just before the housing bubble burst.

Harris has created a task force that is pursuing criminal charges and civil judgments in mortgage fraud cases. She has said that her office would not join a planned 50-state settlement over foreclosure abuses that federal officials and other state attorneys general are negotiating with major U.S. banks.

She said the settlement gave bank officials too much immunity from civil litigation.

Harris said 768,330 residential mortgages were foreclosed on in California between January 2007 and June of this year.